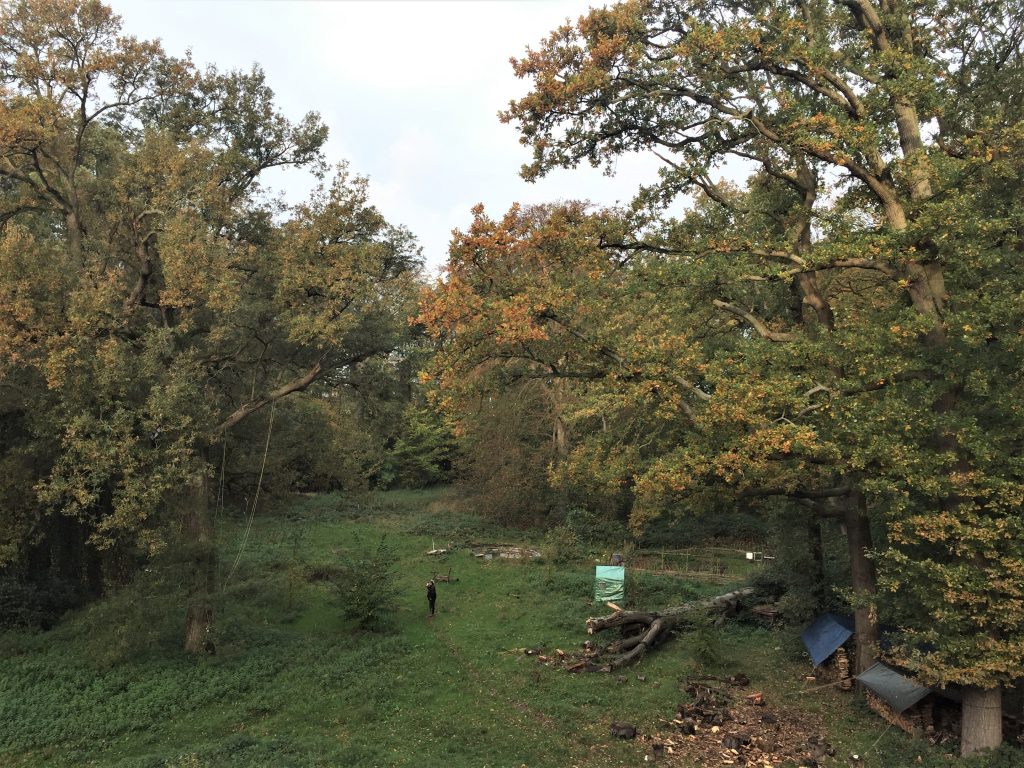 The mayor and executive board (B&W) of Wassenaar rejected our request to suspend our eviction from Ivicke until at least six weeks after a court has ruled on the case.

After almost two and a half years of our residency at Ivicke during which we have cooperated to ensure the municipality can start essential repairs to the building, the B&W demands we leave on November 19 without exercising our right to represent our interests in front of a judge and without a plan in place for Ivicke’s future use. The B&W says a postponement would neither serve the interests of the owner or the public, though it offers no explanation behind this assertion nor an opinion on our interests as Ivicke’s current residents.

Let’s be clear. The B&W’s eviction order has nothing to do with Ivicke’s repair works. At least, legally speaking. The municipality’s contractors are currently preparing the terrain. Our presence here doesn’t prevent the works from happening.

Rather, this is a political decision based on the absurd municipal council vote last year. It certainly isn’t a decision taken in the best interests of the building, while it’s clear the ‘owner’s interests’ aren’t exactly the B&W’s priority. And to speak of serving the ‘public interest’ while ordering people’s eviction from their home so it can be left empty during a pandemic as we enter winter is beyond cruel and reckless.

For all the money the municipality is throwing at Ivicke (one million euros and counting…), its current destination is neither residency nor office. It’s more emptiness. The municipality are quick to congratulate themselves, with the support of an obliging media, on their efforts to tackle Ivicke’s owner. But what has actually been achieved? And at what cost?

When the works are finished, what comes next?

Nothing will fundamentally change. The VVD’s dramatic conversion to state interventionism against the so-called “free” market will be short-lived since they, of course, have no interest in the structural problems their policies create that necessitate squatting and enable assholes like Ronnie van de Putte. I mean, fuck, the best idea VVD Wassenaar chief Laurens van Doeveren had was to make a “moral appeal” to investors not to put their money in Ronnie van de Putte’s company, Bever Holding. And when sweet, naive lil van Doeveren learned the world doesn’t work that way, his next big boy move was to write a strongly-worded letter of complaint about Bever to Euronext stock exchange chief Simone Huis in ‘t Veld, which no doubt went straight to the top of her ‘ignore pile.’

Because in the real world, for financial capitalists, punishing Bever and its investors would be an unacceptable precedent to set since it’s hardly the only real estate speculator going against, in van Doeveren’s words, ‘every social interest’ and ‘parasitizing society.’ It’s the very nature of what these fucks do. The main difference with Bever is it doesn’t pretend otherwise.

Laurens van Doeveren’s posturing won’t change the fact that Ronnie van de Putte will remain the owner of Bever Holding. It will remain on the stock exchange and rich people will continue to invest in it because – thanks in part to the VVD – predatory property speculation makes money. What’s more, he will remain the owner of Ivicke. And so the answer to ‘what comes next?’ is quite simply more emptiness, more neglect, more decay, potentially sabotage, with the added bonus of even more costly legal battles as the municipality tries to recoup its costs from a man who has built an empire on extorting money and evading financial obligations. In short, the municipality has created a situation that threatens to turn Ivicke into Wassenaar’s very own ‘white elephant’ at the taxpayer’s expense.

We didn’t expect to live in Ivicke indefinitely. We do, however, expect the basic courtesy of having our say in court. And for attempting to deny us this, fuck you B&W. Denying our right to a hearing concerning our eviction for emptiness – during a pandemic in winter, no less – doesn’t just threaten the housing rights of squatters. It’s a precedent that threatens all low-income people in the Netherlands suffering under insecure forms of tenancy.

If only housing rights were as strongly enforced as the rights of (certain) monumental buildings. If only municipalities cared to house people (or at least get out the fucking way) as much as it cared to restore counterfeit architecture.

No court hearing? No plan? No Ivicktion for emptiness.