Who is Ronnie van de Putte? 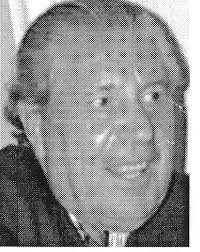 Amsterdam: hundreds of neglected apartments, inflation of a housing bubble in cooperation with banks

Ronnie van de Putte, the owner of the squatted Huize Ivicke, is usually described by the media as a project developer, property magnate or the Krottenkoning (slum king). Few publications mention that it was squatters who gave him the latter name in the 80s. It is the most accurate one as RvdP is known nationwide, as well as in Belgium, for the ruinous neglect, dilapidation and abandonment of his stately properties.

He is a speculant, or as the Dutch say, a ‘huisjesmelker’, a manipulator and a real estate gangster. Over the top? Well, what else would you call somebody who profiteers from the housing system, neglects their legal duties, deceives authorities and business partners, doesn’t pay their debts and sends thugs to intimidate tenants?

Here’s a tale as old as time, of a rich and seemingly all-powerful supervillain Ronnie van de Putte, his useful idiots (starring various mid-level bureaucrats), and the ones who put up a fight – those pesky squatters out to destroy all that is Good and Holy by disregarding property laws and offending bourgeois sensibilities. All against the backdrop of a corrupt and inhumane land, in which greedy speculants are given free reign to extract every last penny out of the law abiding, peaceful and tolerant (to all sorts of abuse) population – Gotham. I mean, the Netherlands!

CHAPTER I: The Rise of the Villain

Ronnie van de Putte’s story begins in Amsterdam in the mid-70s, when the city welcomes the likes of him to buy and split rental properties with wild abandon. Banks enable this by financing RvdP and other speculants with cheap loans. By the beginning of the 80s, Ronnie ‘Van de Beerputte’ accumulates a thousand properties, and gives city authorities the first glimpse of his modus operandi by neglecting maintenance on many of his apartments. But he needn’t worry, as the municipality kindly takes over his responsibilities to his tenants. RvdP is allegedly busy collecting key money and sending thugs (knokploeg) to deal with squatters.

The bank loans and speculation create a housing bubble*. The bubble goes *pop*. RvdP has so many houses and so much debt he’s about to go bust, and even the happily lending banks are scared he’ll take them down with him. The banks agree to the municipality buying 559 homes, 33 commercial properties and 15 squatted properties for 12.5 million guilders. And this is just the first of the public bailouts RvdP and his buddies will receive in his long real estate career.

Like every good villain, RvdP emerges from this crisis scratched but as the saying goes, what doesn’t kill you, makes you stronger – like falling into a pit of nuclear waste and gaining superpowers, or filing for bankruptcy and getting rewarded with a bailout.

In the meantime, Ronnie starts working his charm in Noordwijk. He buys a seafront hotel in 1978 and promises to restore it to its former glory to create a restaurant, a bar, a bowling alley, or maybe a hotel, or apartments… and does nothing. Fire breaks out in the building in 1980. The hotel falls into total disrepair and is demolished. All that is left from it 40 years later is the ‘Palace Hole’, and it’s just the first of RvdP’s properties that is so notable as to get a nickname.

RvdP owns more properties in Noordwijk. A plot near the hotel, which he also promises to develop. The Vuurtorenplein, a square with properties that remain mostly empty or squatted. A former riding school, which burnt down multiple times. A printing house that also burnt down. Ronnie must be in the Guinness Book of Records for most properties lost to fire, such bad luck.

Is it so hard for him to find tenants that would protect his buildings from burning down? No, he doesn’t want them. According to the minutes of the 2018 general shareholders meeting of Bever Holding (a stock exchange-listed company that RvdP bought in 2007 that now owns all of his properties), they ‘prefer not to have long term tenants’. End scene.

Meanwhile in Leiden, RvdP leaves another gaping hole. This one will be called ‘The Hole of Van de Putte’. In 1993, Ronnie buys a building opposite the central station. It’s demolished in 2001. It seems that this time he has a solid plan for the lot and the neighbouring squatted building. But the hole wouldn’t be a hole, and Ronnie wouldn’t be the Krottenkoning, if he didn’t purposefully neglect it. According to Bever, it was the municipality’s fault for having spatial regulations in place or something. According to others, it was a deliberate strategy to again extort public money. Guess which one it is? In 2010, the frustrated city of Leiden buys the Hole for an inflated price of 18 million euros, and Bever and van de Putte make a profit paid for by the taxpayers.

Another municipality, Sluis, also has a problem with the Krottenkoning. Here he buys a former monastery and boarding school Het Hoompje in 1992. The beautiful building is never put to use, and continues to fall apart. In 2019, the municipality deems the building to be beyond repair but later decides to continue to pressure Ronnie to fix it.

CHAPTER II: A Game of Cat and Mouse

How can somebody like Ronnie to do what he does for decades? How can public officials allow, or worse, enable this to happen?

The municipality of Noordwijk has tried to force RvdP to maintain and develop his properties by imposing fines and penalty payments. These would usually get waived once Ronnie came up with a new plan. After fines were withdrawn, the plans would again stall. In 2017, RvdP’s fine had risen to over half a million euros and after a number of court cases, he finally paid three quarters of the penalty. Development company Volker-Wessels offered to help develop the holes with Bever but this also never happened. The former mayor of Noordwijk, Jan Rijpstra, said:

‘That is surely my biggest deception. A frustration file of which there is no other in the Netherlands.’

Yet he’s not the first and not the last one to get deceived by Ronnie’s shenanigans.

Peter Ploegaert, the Sluis councillor dealing with Ronnie over Het Hoompje, said that in his municipality Volker-Wessels also gave confidence that the development of the former monastery will begin. He said:

‘I finally got things moving, I thought. That was naive of mine, vain hope. (…) I heard nothing from Bever and agreements were not kept. The periodic penalty payment has expired, we are back to square one.’

The municipality never managed to retrieve the 150,000 euro in fines.

The municipality of Leiden tried to expropriate his property but lost in court. Others try to use administrative orders but RvdP always challenges their legality.

There are no rights like property rights in the Netherlands.

Ronnie van de Putte couldn’t have a worse reputation. He’s proven time and time again that he’s not to be trusted and that he’ll go to great lengths to deceive councillors. The current mayor of Wassenaar, Leendert de Lange, knows this all too well from dealing with him whilst he was an alderman in Noordwijk. Yet RvdP is given another chance, this time to repair Huize Ivicke. It’s clear to almost anyone that he does not want to do it. But Wassenaar city council are willing to continue this game of cat and mouse without changing their approach, and yet expect different results.

The province of Zuid-Holland announced recently that it will subsidise the restoration of Huize Ivicke, if RvdP does not do it, and the municipality of Wassenaar cannot recover the costs of doing it themselves. That is, it will spend 500,000 euros to repair the private property of Ronnie van de Putte, who will be able to keep it and profiteer from it in the future. This would be yet another outrageous transfer of public funds into the hands of a notorious speculant.

What’s really worrying is that the conversations between municipalities and RvdP take place behind closed doors, which protects them all from public scrutiny. It also raises questions about corruption that could be happening to appease bureaucrats who, for some reason, keep entertaining Ronnie’s implausible plans. These councillors and mayors, rather than resolving the problem, are part of it. They are Ronnie’s useful idiots, well-meaning or not, complicit in this whole situation.

Earlier this year, RvdP demolished the riding school and the printing house in Noordwijk. Alderman Henri de Jong said recently there have been ‘constructive conversations’ in a ‘positive atmosphere’. This approach only validates RvdP as a legitimate property owner and business partner.

Politicians and the media go along with this circus and portray the situation as some sort of aberration, and Ronnie van de Putte as an elusive villain – a bad apple in the world of real estate. But he’s not Krottenkoning, a comic book villain. He is not an exception to the rule. He and others like him are products of a financialized property system that treats homes as commodities. What are much needed resources are instead traded and speculated upon for profit. Politicians and city bureaucrats are not here to put a stop to this – they enable and guard the transfer of public funds to crooks like Ronnie van de Putte.

It should be unthinkable that Wassenaar officials would continue to enable Ronnie van de Putte’s business model. What they’re doing is humouring a criminal and pretending that his intentions are serious. If they are genuine about the future of Ivicke, they are going to be humiliated. If, however, they know that Ronnie is never going to meaningfully restore and maintain Ivicke, and are only keeping busy to score political points – well, that also wouldn’t be surprising.

As things stand, the state is willing to fund Ivicke’s restoration with zero conditions. On the other hand, we, the residents of Ivicke, have been threatened with a fine of 100,000 euros. We are certain we won’t have the option of ignoring this, only to have it written off by the state.

The only way out of this sticky mess would be to take out the one who is shitting on the negotiating table, and expropriate Ivicke from Ronnie van de Putte. Only then can it be restored properly (safe from another unfortunate fire…) and secured in the long-run. Whatever the city authorities say about “saving Ivicke”, while it remains in RvdP’s hands it will always be under threat. Ivicke must be expropiated from him if it is to have a future. And this must serve as a precedent against all parasitic real estate speculators who insist on hoarding properties and extracting profit at everyone else’s expense.

In the meantime, Ivicke is in good hands with us. With zero external support outside the squatting community, we maintain, make repairs and prevent the building from sliding into further decay: something no municipality facing down RvdP has been either able or willing to do.

* A housing bubble is when properties are grossly overpriced by investors buying up limited resources (those who need houses are in competition with them). The investors are given an upper hand in the race by cheap lending and favourable housing market regulations, for as we know, regulations are there to be loosened and our investors need to be rewarded for pumping all this magic air money into the economy! At some point somebody has the ‘hang on a minute…’ moment. Bankers, politicians, property owners etc. start realising that this whole clusterfuck is unsustainable, the bubble goes *pop*, people lose houses. Have lessons been learnt? No, the clusterfuck continues and generates new bubbles. You live in one now.